Early in the morning on 23 June 2021, the Hanseatic city of Wismar and the Columbus Cruise Center Wismar welcomed the ms Hanseatic Inspiration of Hapag Lloyd Cruises for the first transit call of a cruise ship on the German coast. With this call at the cruise berth in the World Heritage City of Wismar the season was finally resumed after a long break due to Corona.

Harry Glawe, Mecklenburg-Western Pomerania’s Minister of Economy, and the Senator for Economic Affairs of the Hanseatic city of Wismar, Michael Berkhahn, inaugurated the new terminal building for cruise passengers just two days earlier. The event marked the end of the cruise berth’s major refurbishment: The flooring in the area of the berth has been prepared for handling provisions and luggage. Furthermore, a UNESCO World Heritage compliant ISPS fence, a greywater station for the discharge of dirty water and a Dalbensteg were built to improve safe mooring of the vessels. As a last measure, a terminal building was constructed and handed over to the authorities (Federal Police and Customs) for usage. All in all the investment volume amounted to approximately 8 million euros.

The cruise ship berth with it´s new terminal building, which is located within walking distance to the old town of the UNESCO World Heritage site, is part of the tourist centre of the Old Port in Wismar. The passengers of ms Hanseatic Inspiration were offered guided walks into the city centre as well as excursions to Schwerin Castle and the Hanseatic cities of Lübeck and Rostock. A bus journey from Wismar to Berlin takes about 2.5 hours.

Wismar’s traditional fusiliers bid farewell to the ship and passengers in the evening with several salute shots. 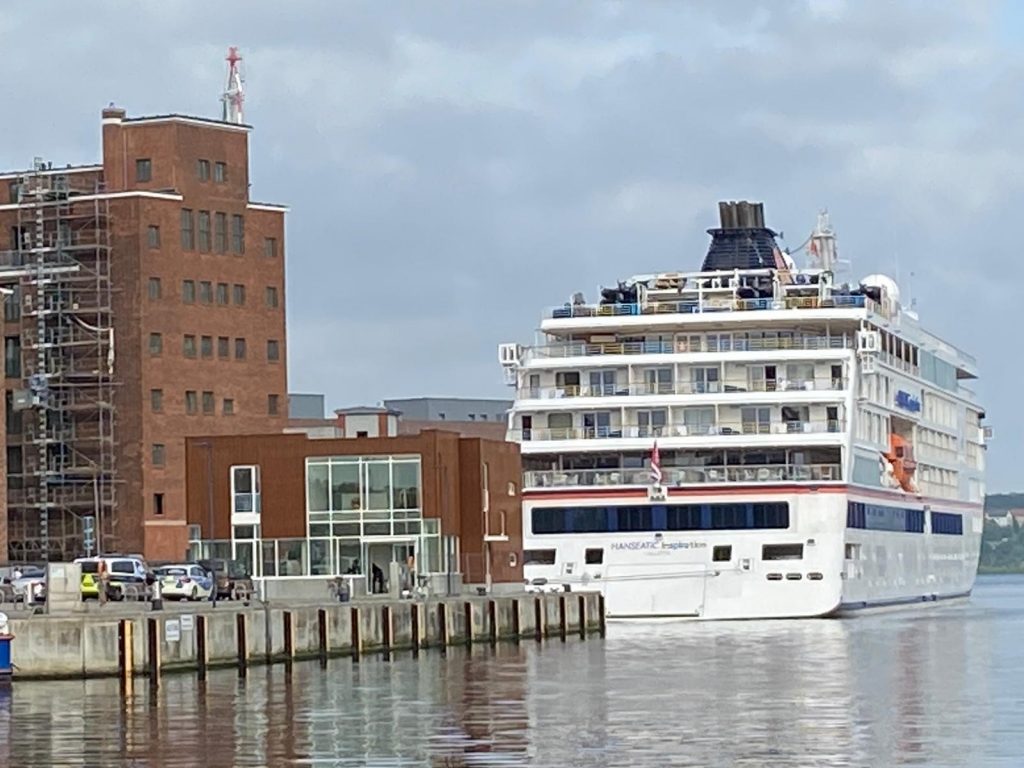